Historians share a set of assumptions about time. Introducing Logics of History, William Sewell wrote that historians, “assume that time is heterogeneous. We assume that what entities exist in the social world, how they operate, and what they mean change fundamentally over time.” Our “working assumption,” Sewell continued, “is that every important form of social relations is potentially subject to change: not only ideas, institutions, and identities, but tools, forms of shelter, sex, gods, climate, diseases, cultivated plants, and languages.” This belief in change, Sewell argued, is what distinguishes historians from other social scientists, “whose entire mode of operation is to discover and apply general causal laws, laws implicitly or explicitly assumed to be independent of time and place.”1

Economic history has long been an exception to this rule. As Patrick O’Brien and Kent Deng have observed in a series of recent articles, from the 1950s on economic history – particularly the global comparative mode O’Brien pioneered – has been dominated by what Deng and O’Brien call the “Kuznetsian” paradigm. Inspired, and sometimes trained, by the pioneer of national statistics, Simon Kuznets, these historians engaged in vast, painstaking statistical projects. They aimed to create comparable long-durée time-series of economic statistics, with a particular focus on GDP per capita and real wages, crucial analogues for economic development. 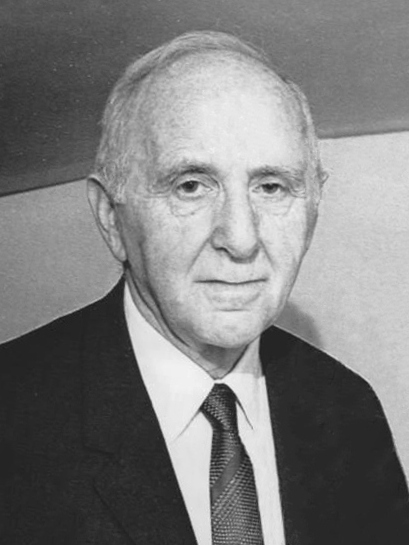 At its best, this variety of economic history is in the business of fashioning categories that allow for comparisons across a wide variety of times and places. These categories range from the self-consciously constructed to those aspiring to scientific a-historicity. Their ambition, however, is roughly the same: the result must be context-blind, commensurable, and thus, in a real sense, ahistorical. The goal, then as now, Deng and O’Brien observed, was to create economic “‘facts’ that can travel.”2

Facts that travel – in theory – have many advantages. But over the past several decades, the disadvantages of using them to understand actual historical change have become increasingly apparent. The notion of the economic as ahistorical, after all, is not neutral. It has ideological implications. It implies that the economic itself, if it can be reduced to its ahistorical essence, is the unmoved mover of history. Further, it suggests that economic laws are eternal, unchanging and unchangeable, the social equivalent of the laws of physics, with the added effect, as Karl Marx observed long ago, of confusing historical relations between people with unchanging relationships between things. More importantly from a methodological perspective, the process of creating “‘facts’ that can travel” across time and space erases cultural and institutional differences by design, when difference is the precondition for any historical account of encounter or change.3

What seems necessary then is a new economic history that seeks to establish firm, defensible categories of difference, both between cultures and within them over time. In our forthcoming Virtual Issue, Peter Hill, Juan Neves-Sarriegui and I argue that one way to do so is to re-engage with what we might call “edge concepts” in Marxian thought, the categories that historians of capitalism, anthropologists, and sociologists, for the past century, have developed to describe the differences between cultures of valuation and exchange. Possible examples of this “edge” include the classic distinctions between modes of production as developed in classical transition debates, as well as notions of more recent vintage, such as the difference between “real” and “formal” subsumption developed by Sewell in his reinterpretation of the economic bases of the French Revolution.4

The project of creating new categories of difference, though, requires developing a proposition which might appear commonsensical to many social scientists, but has received little theoretical attention until very recently: the notion that capitalism itself is historically specific, contingent, not inevitable, not the end goal of “development” so much as one peculiar and powerful way of structuring property and productive relations between people. One of most powerful theoretical advocates for this notion of capitalism was the late Moishe Postone, who insisted that capitalism must be understood as a “historically specific form of social life.” Postone’s account of capitalism in Time, Labor, and Social Domination, can and should, I think, be read as a guide to developing a theory of capitalism as something distinct, in terms of its basic concepts – the commodity, value, and money among them.5

Helpfully, these are precisely the concepts, as Deng and O’Brien observe, that have caused much of the difficulty in establishing the Kuznetsian account of economic growth on a global scale. In recent years, the project of dating the Great Divergence, so-called, between China and the wealthiest part of Western Europe has turned, in part, on the question of average real wages, measured in terms of a silver or grain-equivalent numeraire. The hypothesis of these investigations is an old one – that high wages in Europe had the two-fold effect of spurring labor-saving mechanization and promoting a virtuous cycle of consumption and productivity that gave Europeans a decisive competitive edge at the start of their imperial age. Testing it requires reducing multiple forms of compensation to a single, globalizable form. The historians who first undertook the task thought that this could be accomplished – in China, as in Europe – by looking at official rates of exchange, constructing price series, and doing the math. But it turned out, on closer inspection, that China, as a polity, had no universal official exchange rates between currencies, or even standard weights and measures. Rather, every part of China, and early modern Asia generally, employed their own variations, each complex and difficult to interpret on its own terms.6

Plunging ahead with price and wage series meant stitching together sparse, vastly diffuse raw material, making myriad assumptions on the way. The result, Deng and O’Brien argued in their recent review of statistical evidence for the Great Divergence, was always going to land somewhere between “unfounded guess work” and “plausible conjectures.” Unfortunately, all existing data series on East Asian wages leaned towards the former. The problem, Deng and O’Brien observed, was not merely that the data was thin and hard to interpret, though it was. The problem was what data could be found were “problematical to convert into numbers that facilitate comparisons across Eurasia,” meaning that even if the different monies involved could be made equal in value, they actually played diverse roles in everyday life. In China, for instance, the percentage of wage-dependent laborers was reliably low, fewer wage contracts survive and many fail to account for large payments in kind, even as the exchange value of cash wages expressed in a single monetary unit – the silver tael or liang – varied appreciably from place to place, as well as over time. In other words, early modern Chinese money differed from European money as a social relation; it did not play the same roles in Chinese society it did in contemporary Europe. Even if existing data could be made commensurable, it would never be comparable.7

The most viable path forward, Deng and O’Brien wrote, was to ditch the “Kuznetsian paradigm” of quantified comparison for a comparative analysis of institutions, and in particular those that facilitated the spread of useful and reliable knowledge, along lines developed long ago by Joseph Needham. However, O’Brien and Deng’s insight that global economic history stumbles over money suggests another possibility.

O’Brien and Deng’s critique of “‘facts’ that can move” rests on the observation that money plays different roles in different places at different times. For them, this raises a fundamental question about the efficacy of quantification in global economic history, a point well taken. But it also suggests that money itself – in much of early modern Eurasia, a basic economic institution – varies in ways that economic history, as currently constituted around the search for transhistorical categories, is unprepared to deal with. In other words, it suggests a more fundamental reevaluation of economic history as a scholarly project. Returning to Sewell, it suggests that the path forward is to stop trying to hold economic categories constant, and instead work to analyze them in terms of their cultural variety and transformation over time. The task is to return capitalism’s basic economic categories to history.8

This piece is part of a series on Political Economy and Culture in Global History, derived from a collective discussion project of the same name, supported by the Past & Present Society (among others). You can read an introduction to the series here.These pieces accompany a virtual special issue of the journal Past & Present, which will be published in October 2020.

2Patrick O’Brien and Kent Deng, “Can the debate on the Great Divergence be located within the Kuznetsian paradigm for an empirical form of global economic history?” TSEG/Low Countries Journal of Social 12, no. 2 (2015): 63-78, esp. 78; Deng and O’Brien, “A Survey of Recent Research in Chinese Economic History,” 28, no. 4 (2014): 600-626; Deng and O’Brien, “Establishing statistical foundations of a chronology for the great divergence: a survey and critique of the primary sources for the construction of relative wage levels for Ming-Qin China,” Economic History Review, 69, no. 4 (2016): 1057-1082.

4E.g. William Sewell, “Connecting Capitalism to the French Revolution: The Parisian Promenade and the Origins of Civic Equality in Eighteenth-Century France,” Critical Historical Studies 1, no. 1 (2014): 5-46.

7Deng and O’Brien, “Establishing statistical foundations of a chronology for the great divergence: a survey and critique of the primary sources for the construction of relative wage levels for Ming-Qing China,” Economic History Review 69, no. 4 (2016): 1057-1082.

8See, for instance, Rebecca Spang, Stuff and Money in the Time of the French Revolution (Cambridge, Mass.: Harvard University Press, 2015), 4;