by Charles Fawell, University of Chicago

This post comprises part of our ongoing reflective blogging collaboration with the organisers of the Everyday Empire’s conference.

Our panel examined trans-imperial currents of expertise, technologies, and people. Within this theme, my presentation explored the social worlds of French steamships sailing to and from East Asia. The complexity of these ships, I argued, has been obscured by a whitewashed history of the Age of Steam, in which the lore of globetrotters and the publicity of major navigation companies portrayed ships as spaces of luxury consumption, their rigid hierarchies and logics of segregation seemingly untroubled by life on-board. Resisting the temptation to reify such mythmaking in contemporary historiography and patrimonialisation, I used a single voyage from Marseille to Yokohama in the 1910s, during which ship workers vigorously challenged on-board authorities. Co-opting shipboard rituals and exploiting the vagaries of inter-imperial jurisdiction, the ship’s workers, on whom onward progress depended, threatened to tear down the façade separating the elite world of the passengers from their own. Trans-imperial circulation, I argued, was literally carried on (and within) such steamships, yet, again, mobile colonial elites tended to memorialize only a glossy image of modern steam travel and tranquil journeys. Present-day historians are beginning to problematize such biases in the source base.1 To this end, I emphasized that the precise ways in which trans-imperial circulation operated on these ships can only come into focus once we see them not just as a technopolitical network or as strategic imperial infrastructure, but as sites of everyday contests and negotiations over spatial and labour politics. 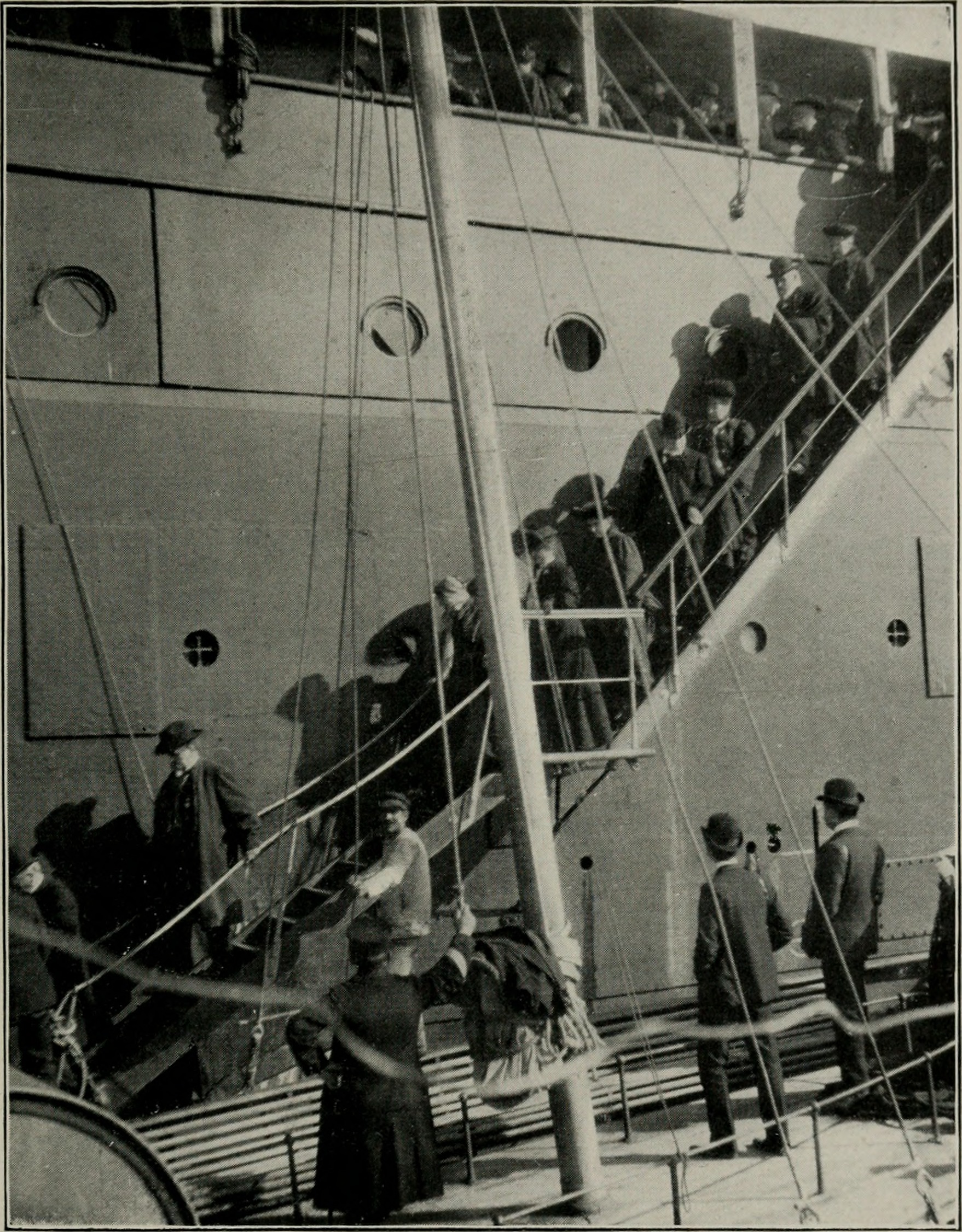 On board Steamship Moltke of Germany (HAPAG), By Internet Archive Book Images [No restrictions], via Wikimedia Commons

Arguably, my three co-panellists and I shared a basic preoccupation: each of us suggested that our own history of (trans-)imperial circulations had been marked by processes of mythmaking and forgetting. Stephen Tuffnell, for instance, noted how some agents of British imperialism in Africa normalized anxieties over American “invaders” and “parasites” by imagining themselves as partners in a grand spectacle of American development. British imperial protagonists accordingly portrayed their endeavours in Africa as siblings of seemingly world-historical works like the Trans-American railroad. Similarly, when African railroads were used in colonial warfare, charismatic figures like Kitchener dramatically overshadowed the African conscript labour and American steel that in reality undergirded Britain’s ability to project brutal power into the African interior. Ruth Morgan, meanwhile, explored the myth-making of Australian hydraulic engineers who imagined their task as potentially humanity-saving. Insisting on ground-level, experiential tours of India, these enlightened “rulers of men” dreamed of collapsing historical epochs between ancient India and an ostensibly cutting-edge Australia. But the engineers’ visions of a British Empire unified by expertise were frustrated when the exercise led to the conclusion that

India’s geography rendered it essentially irrelevant to Australian needs. Intra-imperial exchange, in this case, ran into a cul-de-sac of cultural and climatological reasoning. Finally, Chao Ren also pointed to the curious dissonances between fantasies of imperial circulation and material realities. In imperial hagiography, he noted, railways were the undisputed avatars of modernity. The humble rickshaw, by contrast, was largely ignored. But while imperial champions may have preferred to linger on railways, the rickshaw’s spread turns out to have been a quintessentially imperial story of circulation. Following the paths of Chinese diaspora, British administration, and missionaries, it not only incarnated a new technology of mobility, but also dramatically showcased and articulated imperial inequalities of race, gender and class.

Taken together, then, the diverse case studies of our panel intersected to suggest that fantasy and forgetting are critical themes exposed by histories of the everyday, both within the wider historiography of empire-building and the broad context of trans-imperial circulations.

Charles Fawell is a PhD student at the University of Chicago

1Our keynote presentation by Daniel Bender is one example. See, for others: Tamson Pietsch, 2016; Valeska Huber, 2013; Gopalan Balachandran, 2012; Jonathon Hyslop, 2009. Among historians of the French Empire, however, such research is very scarce.

Past & Present is pleased to support this event and others like it. We welcome funding applications from historians of all fields and time periods at any stage in their career. More information can be found here.