The blog below is a cross-post from Benjamin’s personal blog Singular Things. In it he provides a personal reflection upon the processes that culminated in our publication of his article (currently available on advanced access, “out in print” in May) “Refugees and the definition of Syria, 1920-1939”.

It’s seven years since I first gave a talk at a workshop in Princeton outlining some ideas about how the arrival and settlement of refugees in Syria helped to define the modern state’s territory, institutions, and national identity. It’s six years since I developed them more fully in a seminar at the Refugee Studies Centre in Oxford, which I entitled “Refugees and the definition of Syria, 1920-1939“. (The name stuck.) Over the next year or two I did some further archival research to test the ideas out, and was pleased to find that rather than contradicting my argument, this extra work allowed me to nuance and extend it. Meanwhile, just as I was learning more about Syria’s history as a destination for refugees in earlier generations, the civil war there broke out, and turned the country into the world’s largest producer of refugees.

Three years ago, while I was on research leave for a semester after changing jobs, I worked these presentations up into a full article. That turned into a bit of a monster (especially when the footnotes were included: Lordy!) but I was quite happy with it, and a couple of academic friends read it and gave me some positive feedback—as well as some advice on points that needed improving, of course. So I made some minor revisions, then sent the draft to a contact who was preparing a special issue of a historical journal, on refugees and statelessness.

And then nothing happened. For nearly a year. The person I’d been in touch with had gone on parental leave, her co-editor didn’t reply to my e-mails, and when I eventually contacted the journal, they couldn’t help—they’d never heard of the special issue. So I withdrew the article. By that point, two years ago, I was back to a full teaching load with plenty of other responsibilities. I didn’t know quite what to do next.

Eventually, though, I asked another couple of (senior) colleagues to read over the article and tell me if they thought it would be worth submitting it to Past & Present—a very good journal, but one with a famously intimidating review process. Both of them thought that with a bit of reframing to make it suitable for a non-specialist audience (ie, historians who don’t specifically work on refugees and statelessness), the article would make a plausible submission. In November 2015, with a bit of free time, I gritted my teeth and made what turned out to be some fairly minor amendments to reframe the article—and, a bigger job, reformatted the footnotes in line with the requirements of a different journal. And so, in some trepidation, I was able to send it off.

This was quite a big deal for me, because by that point it had been four years since my book came out, and in the meantime I’d published nothing but book reviews. I’d started my first permanent job at an institution where I didn’t feel at home, then moved to my second—which meant two rounds of settling in to a new city, getting to grips with a new institutional culture (and new administrative responsibilities), and preparing a lot of new teaching. Finding time to research and write had been difficult, and I’d also had to change what I was working on: the war in Syria had made it impossible for me to continue a project I’d begun. I knew what I wanted to do instead, and I’d started making connections here in Glasgow (thanks to GRAMNet) that would help me develop it—but I was grimly aware that the gap opening up in my publications record was like an ever-growing question mark over my future as a researcher. Anyone working in British academia will know what I mean.

Last March, I got the reply from Past & Present: to my delight, they wanted to publish it. During the double-blind peer review process, five (!) reviewers had read the article. One of them was lukewarm, the other four were positive or very positive. They all had suggestions for minor revisions, and a kindly-worded email from the editor suggested how I might approach them. I submitted the revised final version in early July, after I’d made some amendments and got a friend who’s an academic copy-editor to check the footnotes. (I told him to charge me the full rate, of course.) Proofs came my way for checking in the autumn, along with a publication date: May 2017, seven years to the month after the workshop where I first presented the argument, with online access a bit earlier. I didn’t imagine, when I started on this work, that it would take so long to see it to completion—or that the country whose history I’d been writing would experience such catastrophe in the meantime. 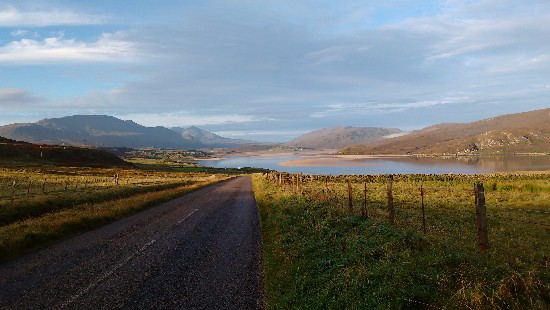 All of which is by way of announcing that my article ‘Refugees and the Definition of Syria, 1920-1939’ is now available online, and will be out in print soon. For anyone who wants a shorter version without footnotes, a post will be going up on RefugeeHistory.org shortly. The next article I publish should be out rather quicker—though the gestation time has been almost as long.

Many thanks once again to everyone mentioned in this post who read the article in draft form and helped improve it.