The Social Significance of Monetization in the Early Middle Ages

A great deal of scholarly effort has been devoted to brightening up the so-called Dark Ages after the end of the Roman Empire in western Europe. But one area which still looks especially murky compared to both the Roman period and modern times is the monetary system.

The only coins which the inhabitants of western Europe would probably ever use were made of gold or silver for, unlike modern coins and notes, there remained a link (albeit a flexible one) between the face value of a coin and its intrinsic worth in precious metal. These gold and silver pieces are the ancestors of the shilling and the penny (scilling and pæning in Old English).   In the six centuries or so after the end of the Roman Empire in the fifth century, however, spending a penny – let alone a shilling or a pound – was a major undertaking.

Only a few records of prices survive. Charlemagne in 794 decreed that a single silver penny (weighing 1.7 grams) should buy a dozen two-pound loaves of wheat bread. Somewhat later, Æthelstan, king of the English (924–39), laid down that the standard compensation for a sheep would be five pence, ten pence for a pig, twenty for a cow and thirty for an ox. Translating these figures into modern buying power is notoriously difficult. The amount of bread Charlemagne stipulated would, based on current supermarket prices, come to £14 or £15. The current price of sheep or lamb varies by breed and weight, but is typically around £100. On the face of it one early medieval silver penny would hence buy about £15 to £20 in modern terms. But this exercise can only take us so far. Anglo-Saxon and Carolingian producers did not benefit from industrialised networks of production and distribution; neither did they have fine-tuned systems for tracking prices and costs. In all likelihood an early medieval penny probably got rather more than the equivalent of £20, and of course prices would vary substantially by season and region. Moreover, gold was dramatically more valuable than silver (8 to 18 times as much), and so a single gold coin was potentially the equivalent of several hundred pounds, dollars or euros.

What sort of role could a currency like this play? There is no doubt that it was relatively limited. Most transactions probably did not involve cash at all: peasant cultivators (who made up the bulk of the population) brought in a lot of the food they and their landlords would need, and other requirements could be met through favours and barter in local communities. In the past, the general opinion was that such coined money as there was functioned as the preserve of special and symbolic payments: gift-giving among rulers, payment of fines for criminal offences, and tributes placed in graves. This view is now changing. Recent years have brought to light many new finds of early medieval coins, gold and silver, most of them found by metal-detector users. There are gaps and variations in the record, affected by factors including date, geography, and modern laws regarding use of metal-detectors; nonetheless, enough information is now available to suggest that coins were circulating in much larger numbers than was previously thought. 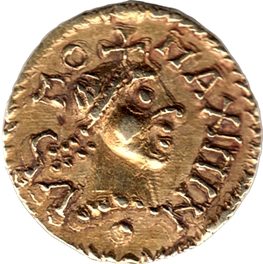 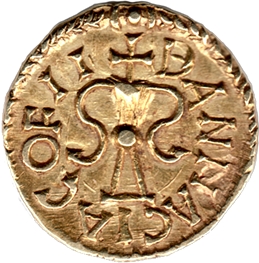 Fresh analysis of both these new finds and the written record of how money was used suggests a more diverse monetary economy. Coins were certainly not used all the time, but they changed hands between most members of society, from kings and bishops down to individual peasants and slaves.

Cash featured in all sorts of contexts, often on the understanding that it would flow seamlessly between gifts, rents and commercial purchases. Individual peasant farmers selling their produce at market in order to raise money for rent were a commonplace in saint’s lives and miracle collections of the ninth century and after. Alms were given out in order that poor recipients could buy food or clothing. Flexibility was one of the strengths of cash: users just needed to trust the money which changed hands, not necessarily each other.

For this reason long-distance travellers, dealing regularly with unfamiliar communities, tended to favour coined money. Also partly for this reason, coins were an important mechanisms for facilitating transactions between different segments of society. Often the results could be exploitative. Landowners might buy grain cheap from local producers at harvest and sell dear to those same poor locals in time of famine. But the landowning elite did not dominate the monetary economy completely. Monasteries and aristocratic households provided anchors of wealth and demand which stimulated a more broadly based core of monetary exchanges. One well-known anecdote in a Frankish saint’s life concerns a fight which breaks out over a pilgrim buying wine at a tavern near the monastery of St Philibert: the two participants are a peasant and a tavern owner, though their exchange is prompted by the nearby presence of a major saint’s shrine. 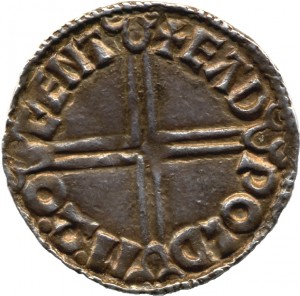 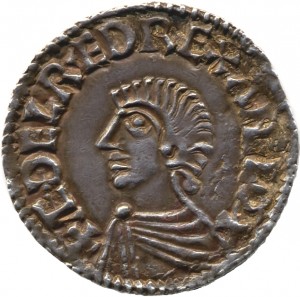 It is, in short, important to look at what coins could be used for as well as dwelling on what they could not. Coined money helped build social complexity by enabling exchanges between strangers at all levels in society. It occupied a middle level of exchange, accessible to the peasantry, but also used by the elite and their agents. The origins of this dimension of coin-use can be seen even when high-value gold coinage prevailed immediately after the end of Roman rule, but began to gain momentum with the advent of silver pennies in the later seventh century and after. As the old song goes, money was already coming to play a large part in making the world go round.