In my article “Violence, Colonization and Henry VIII’s conquest of France, 1544-46” (open access), published in the November 2016 issue (233) of Past & Present, I examined the character of English warfare in France in the 1540s. Whereas many historians see the harsh military strategy the English used in sixteenth-century Ireland as being unique (even in European terms), this article sought to show that Henry VIII’s armies pursued a policy of mass violence in France which was designed to inflict the maximum amount of damage on the native population of the Boulonnais, which was the region the Tudor monarch targeted for conquest. While historians have explained the apparently distinctive use of severe military methods in Ireland by drawing on the traditional narrative of the emergence of English (later British) Empire, which is widely believed to have started with the establishment of colonies in the midlands of Ireland during the mid-sixteenth century, it became clear while researching this article that many of the hallmarks of imperial rule had already been implemented in northern France in the 1540s.

The research I began while working on the Past & Present article raised a number of important themes, which I am fully exploring in a forthcoming book on the colonization of the Boulonnais. Following the region’s depopulation by means of a policy of mass violence, the territory was surveyed and the lands leased out to English settlers. While maps are typically seen to have emerged as a tool of English territorial expansion in Ireland and America in the later sixteenth and seventeenth centuries, they played already a crucial role in English expansion in France in the 1540s. Plans of colonial towns were devised according a model which was still being used during the British settlement of Florida in the eighteenth century, while the numerous scale drawings made of the Boulonnais can be considered as the very first English frontier maps. Like the maps produced during the conquest of Ireland later in the sixteenth century, those made for the Boulonnais depicted a land that was abundant in natural resources but had been depopulated through violence – and was thus ready to be settled by the English.

By highlighting the destruction of French villages and the construction of English forts and settlements, these maps intersected with Henry VIII’s claim to hold this land by right of conquest, which was particularly suited to the English monarch’s focus on territorial imperialism. Rather than seek to rule the Boulonnais and its population as the rightful king of France (the strategy used during his previous campaigns in France), Henry VIII annexed the lands he conquered in the mid-1540s to his English crown. By setting aside a claim founded on a right to rule the French people and asserting instead one that was focused on territory won by force, Henry could remove any obligations he had to the native population and thus distribute their lands as he saw fit. The Tudor monarch and his ministers then implemented their ideas about cultivation and the proper use of land during the re-settlement of the Boulonnais, particularly by introducing English arable farmers as a way to bring these territories more firmly under royal control. While historians have tended to see the drive to create self-sufficient colonial settlements to be a product of English expansion in sixteenth-century Ireland (from where it was introduced into the New World), this concern was already of paramount importance during the settlement of the Boulonnais. English settlers were given farms in the Boulonnais, while skilled workers were encouraged to take up residence in the towns and villages founded in the region.

Although Henry VIII wanted to develop an exclusively ethnically English colony in the Boulonnais, economic necessity and a need to farm all the lands he had conquered meant that it became necessary to reintroduce French peasants to the land to act as a labour force. Yet they were given the least desirable land and charged higher rents than the English settlers, while series of ethnic precepts were introduced to anglicise the region, including regulations regarding the baptism and naming of French children. As well as living under English laws and customs, these French peasants were made subject to the Church of England and all the religious reforms introduced under Henry VIII and especially Edward VI. Indeed, Boulogne was England’s first protestant colony. Decades before the settlement of America, the Church of England played a central role in the imposition of English colonial rule in France in the 1540s, particularly because it provided a good way to anglicise these lands and strengthen royal authority.

The English monarch governed these lands through a series of regional councils staffed by men from loyal families who had experience of service on the frontiers of the realm. Membership of the councils of Boulogne and New Haven also provided a new generation of men with their formative experiences of frontier warfare and of the methods used to anglicise conquered lands. Many of these people went on to play leading roles in English expansion in Ireland, where they implemented the methods of warfare and government they had first used at Boulogne. Moreover, Boulogne housed the largest garrison in the English king’s dominions during the mid-sixteenth century, with the soldiers being given lands to farm in the surrounding region. While Boulogne lay at the forefront of the re-emergence of the garrison strategy which became key to English expansion in the mid-sixteenth century, it has largely been omitted from studies of the mid-Tudor monarchy’s conquests. Yet the garrison settlement introduced into Scotland following the model established at Boulogne and – as in Ireland – it was devised and implemented by the same people. 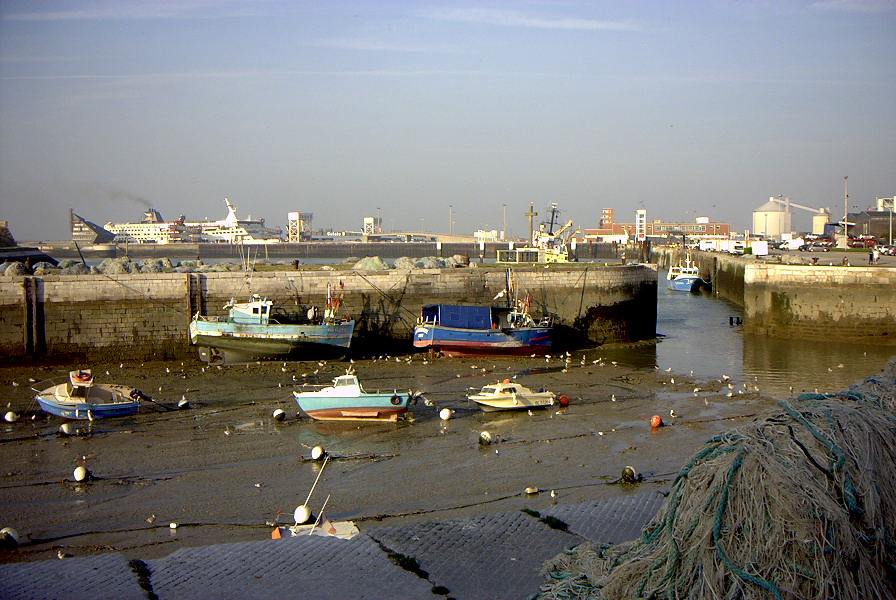 Overall, the Past & Present article and the wider project which has developed from it seeks to highlight the connections which existed between English expansion in France, Ireland and Scotland in the mid-sixteenth century. While the loss of the England’s continental possessions of often seen as moving England away from feudal conflicts in France to take up the mantle of developing an Atlantic empire, major developments in conquest and imperial expansion took place in France during the reign of Henry VIII, which interacted with and impacted on Tudor actions in other theatres of conflict. This project firmly situates the Boulogne colony within the wider context of medieval English expansion. For R. R. Davies, the ‘First English Empire’ was focused on the British Isles, c.1100 to c.1300. This project builds on Davies’ arguments by considering how far the growth of English rule in France under Edward III and Henry V (especially the establishment of English settlements in Calais and Normandy) provided a bridge between Edward I’s colonial actions in Wales in the late thirteenth century and Henry VIII’s conquest of Boulogne. Although overlooked by historians, Henry VIII’s actions at Boulogne link the medieval and modern manifestations of Empire. Overall, this project shows that R. R. Davies’ medieval Empire turned into the modern English (later British) Empire via colonial actions in France, which were followed by those in Ireland and then America.