Between August 2019 and July 2020, a forest area roughly the size of Belgium was destroyed in the Brazilian Amazon. According to climatologists, the Amazon’s transformation into a savanna is one of the main tipping point towards hothouse earth, the most extreme global warming scenario. Tropical rainforests are not only endangered carbon sinks, but their burning is also a major source of Greenhouse Gas (GHG) emissions, making a place like the Amazon decisive in the current epoch which geologists named the Anthropocene. The latter, marked by the anthropic transformation in the earth system, invites historians to reassess the human past in the light of its impact on the planet’s ecology.

Although GHG particles disregard national borders when they spread in the atmosphere, the rise in their emissions over time is the product of institutions, systems and patterns, which humans have constructed. For example, in my book about the history of the Volkswagen Company in the Amazon, I studied the tight articulation between global capitalism and Brazilian state-led development in setting in motion the first wave of massive tropical deforestation in the region in the early 1970s. But Brazil also matters in the history of the Anthropocene for a different reason: its contribution to the fossil fuel, in particular hydrocarbons, economy. 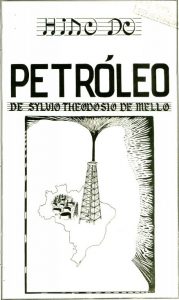 In 1953, Brazil became the first country in the world to enter the oil market with a state monopoly, Petrobras, initiating a history of technological breakthroughs whose most spectacular manifestation was the country’s leading role in the global development of offshore platforms. In the past thirty years, Petrobras has been a major award winner and patent holder in the field of oil exploration, making technological leaps that have intensified the world’s energy dependence. With the progressive exhaustion of conventional oil sources, offshore oil is poised to become the leading fossil fuel on a planet marked by climate instability, and Brazil to rise to one of the world´s largest producers, possibly “fuelling” the economic growth of two giant CO2-emitters, China and India. 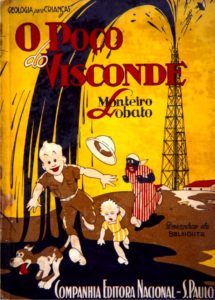 Cover of the first edition of José Bento Monteiro Lobato´s children best-seller, “O Poço do Visconde” (São Paulo, 1937). While the image clearly conveys Lobato´s racist worldview, in my article I discuss the ambiguous racial message which Brazilian political elites sought to associate with the promotion of petroleum production.

In view of this and other scenarios, the history of Brazil’s oil needs to be explored urgently. In my article “A Different Story in the Anthropocene: Brazil’s Post-Colonial Quest for Oil (1930–1975)”, in the current issue of Past & Present (#249), I argue that this relatively recent development does not result from a simple technology transfer from older industrialized countries but inscribes itself in a national project of economic emancipation that started around 1930. Seen as an opportunity to regain national sovereignty over natural resources and reorient their use towards domestic industrial development, oil became a post-colonial symbol expected to free Brazil from its peripheral position in the global economy. The energy reform entailed in the rise of national petroleum raised hopes of ridding the country of the heritage of colonial exploitation, slavery, and the squandering of soils and forests, which lingered long after national independence was gained in 1822. 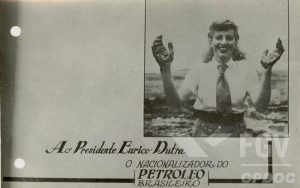 Through this example, I believe it is possible to recontextualize the Anthropocene, particularly from three angles which previous literature on the topic has underplayed:

– Histories of the Anthropocene so far have relied mainly on a Western progress storyline, strangely reviving Eurocentric and teleological narratives which social sciences had spent the last forty years deconstructing. The history of Brazilian petroleum opens new theoretical perspectives by shedding light on specific causalities that explain the attraction of fossil fuels in formerly colonized societies.

– In terms of methodology, I suggest paying more attention to the political, social and cultural dynamics, which co-shaped energy dependency together with the evolving technological offer and economic feedback loops. Anthropocene historians’ overwhelming focus on sciences and technology (which are surely part, but not all of the story) tend to reproduce the essentialist narrative that we are a homo technologicus’ species whose thirst for energy is unappeasable. A multidimensional analysis of historical processes, in contrast, can help understand how the modern world’s energy was stimulated by public and private discourses, which cultural production mirrored and fed. In the article, I explore pictorial representations, fictional literature and music that conveyed images of national unity and freedom: for example, a march celebrating an oil-fueled society “with no shackles to enslave”, a children’s book telling the utopic story of a grandmother curing Brazil from poverty by redistributing the profits of an oil well found in her backyard, or a samba describing oil towers growing out of the old colonial cane fields. In 1948 this samba’s author, Petronilha Pimentel, posed in front of photographs while smearing her hands with oil, like Brazil’s president Getulio Vargas did in 1952 to symbolize the integration of petroleum as part of the nation’s body.

– Finally, I believe that a fair assessment of past energy transitions is only possible if historians recontextualize the meaning of environmental thought in past societies which did not have cognizance of the atmospheric impact of fossil fuel consumption. In this sense, it should be possible to research the agency of Global South societies in the Anthropocene without shifting the blame for climate change to them. In this article, for example, I show how oil production projects in Brazil, were enmeshed with concerns for forest protection and a more cautious use of resources.

Ironically, the exact opposite happened. Today’s scale of deforestation is deeply related to a fossil model of development which transformed the country into a top global producer (and consumer) of primary products such as soy, beef and steel. Brazil’s heavily mechanized agriculture, farming chemicals, road networks and motor vehicle industry are all intertwined with its trajectory as a petroleum producer. Not least, gasoline is commonly used as a means of combustion to set the forest ablaze. 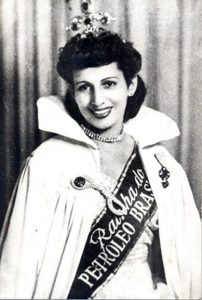 Yet, the history of Brazilian oil was driven by discourses of rational use, fair distribution, conservation of and sovereignty over natural resources, at the service of a project of collective emancipation. In view of current ecological crises, it is tempting to dismiss this historical experience as misled. But we could also see it as a history from which we can learn, because it shows how unifying values could be mobilized and shared to efficiently serve a project of rapid energy transition. It remains to be seen whether, in Brazil or elsewhere, similar national mobilizations could take place in favor of renewable energies and forest preservation, but historians can at least contribute with a better understanding of the dynamics which drove energy revolutions in the past. 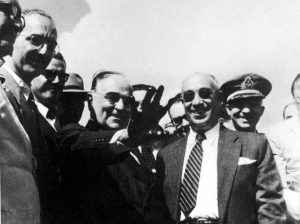