What took us so long?

We first got interested in “voyage iron”, one of the currencies of the Atlantic slave trade, two decades back, so why does our (open access) article on the subject only appear in Past & Present in 2018? Archival research takes time, of course, but not always twenty years. The real reason lies in our failure to ask the right questions. So, not so much “What took us so long?”, more “Why were we so obtuse?”.

Voyage iron came to our attention in the late 1990s. Like so many historians at the time, we were trying to push at the boundaries of Atlantic History. We were convinced that early modern Sweden had an unsuspected Atlantic dimension, one provided by its iron industry, which exported huge volumes of bar iron to Britain. As late as the 1780s, it should be remembered, most iron on the British market was shipped in from the Baltic. In some sectors of the economy there was total reliance on Swedish material. Every steel manufacturer in Britain, for example, depended upon high-grade Swedish iron. That had important Atlantic consequences. It meant that every edged tool exported to the Atlantic frontier, whether the axe used to fell timber in Maine or the machete grasped by enslaved fingers in Jamaica, embodied metallic matter that originated in Sweden – indeed, matter that originated in a single mine, Dannemora.

“A late 19th Century photograph of the workings at Dannemora” ,By Riggwelter (Information sign at Dannemora mines) [Public domain], via Wikimedia Commons

How were we to demonstrate this? We found our answer in Somerset Archives, in the papers of Graffin Prankard, a Bristol merchant of the 1720s and 1730s, whose letterbooks were dotted with mysterious hieroglyphic squiggles. Mysterious, that is, unless you were a historian of Swedish industry. To Göran, they were instantly recognisable as the brand marks stamped onto bars of Swedish iron.

Graffin Prankard’s voluminous archive gave us a way of tracing the passage of Swedish iron into British manufacturing networks and out into colonial markets. ESRC funding allowed us to do just that and we reported on our findings in Economic History Review in 2002. It also made us aware of voyage iron, a commodity that Prankard sold to Bristol’s slave merchants. These bars of iron, we realised, were specially manufactured for the African market and were to be bartered for slaves. Indeed, voyage iron was so widely traded along the African coast that the ‘bar’ became the unit of account in Afro-European transactions.

More funding, this time courtesy of the Leverhulme Trust, allowed Chris to spend a year at Uppsala University and enabled us to explore the Swedish end of the commodity chain. Once again we had a stroke of archival luck. Graffin Prankard regularly bought voyage iron from an ironworks estate at Gammelbo, about 170 kilometres west of Stockholm. The estate archive, we discovered, was still on-site, stored in the attic of the old manor house. Clambering into the roof space and prising open account books that had not been touched since the eighteenth century was, for dry-as-dust historians like us, a heart-thumping experience. Because the attic had also been home to countless generations of roosting pigeons, it was also dismayingly unhygienic.

But crouching amid the pigeon shit was worth it. The accounts recorded work in the Gammelbo forges on a weekly basis and revealed just how smartly the Swedish forge crews responded to market signals from West Africa. Voyage iron, as a form of currency, fluctuated vis-a-vis other commodities traded on the West African coast. The weight of the individual bars needed therefore to be adjusted to reflect the current value of the ‘bar’. The Gammelbo forgemen had to contend with this, awaiting instructions every spring from Bristol as to the exact dimensions that voyage iron would take in the coming year.

Linking together Graffin Prankard’s letters and the Gammelbo accounts, we were able to show how trading conditions in African markets affected the day-to-day routines of Swedish forgemen. We did so in a book published in 2007: Baltic Iron in the Atlantic World in the Eighteenth Century (Brill). We were moderately pleased with ourselves. Yet we shouldn’t have been, for in seeking answers in European archives we had followed the line of least resistance. There was a very obvious question that we hadn’t asked. Why was so much iron exported to West Africa? 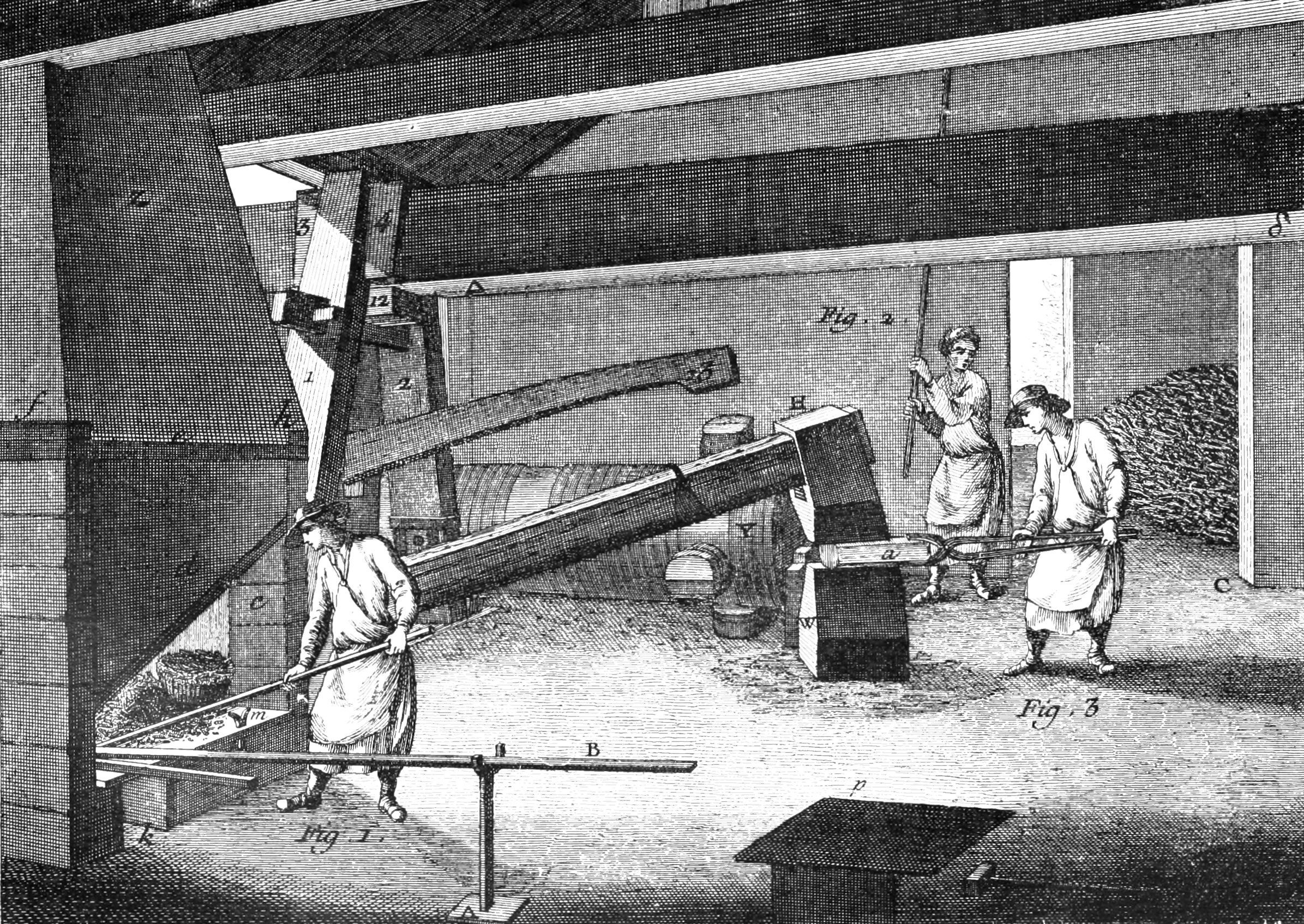 Answering that question forced us to leave our archival comfort zone behind and edge gingerly into the world of African archaeometallurgy. It was a liberating moment. Working our way through a rich,   if sometimes challenging technical literature, we came to understand that West Africa was home to an ancient and sophisticated iron-making tradition. Yet that only deepened the problem. If African artisans could draw upon a supply of domestically produced iron, how was Swedish iron able to find a market?

Further funding, generously provided by Riksbankens Jubileumsfond, allowed us to think about this problem. The answer we arrived at involved linking iron imports to a far broader agro-environmental shift in West Africa, one driven by the Columbian Exchange. What we propose in Past & Present is that the arrival of New World cultigens boosted the demand for iron in coastal West Africa. The spread of new crops, especially maize, required forest clearance on a massive scale, which required in turn a proliferation of axes, machetes and other edged tools. Iron from northern Europe was indispensable for this transformation. African ironmaking yielded a high-quality product but West African smelters were small-batch producers; they were not able to respond to surges in demand. North Europeans, making voyage iron at high-throughput, water-powered forges, were.

Our conclusion – that voyage iron was eagerly taken up in coastal West Africa – poses a further question. How did voyage iron interact with iron forged in Africa? Iron, as archaeometallurgists well know, is never just iron. African iron was typically a carbon-tinged material of steely hardness. Voyage iron was carbon-free and malleable. One hard, one soft: they were not substitutes. The arrival of voyage iron did not, therefore, drive African producers to the wall. Indeed, the smelting of iron in West Africa seems to have grown, even as voyage iron arrived in greater and greater volumes. North European iron did not replace its West African counterpart; it complemented it. We are wandering here in a statistical desert but the per capita consumption of iron in seventeenth and eighteenth-century West Africa must surely have jagged upwards. But with what result? Did it, perhaps, stimulate a growth of West African manufacturing? Did the presence of voyage iron promote technological hybridity, bringing together European materials and African technique? And if there were such developments, how did they fare amidst the violence and social dislocation brought on by the transatlantic slave trade?

These are our next questions. Hopefully, they are now the right ones to ask.